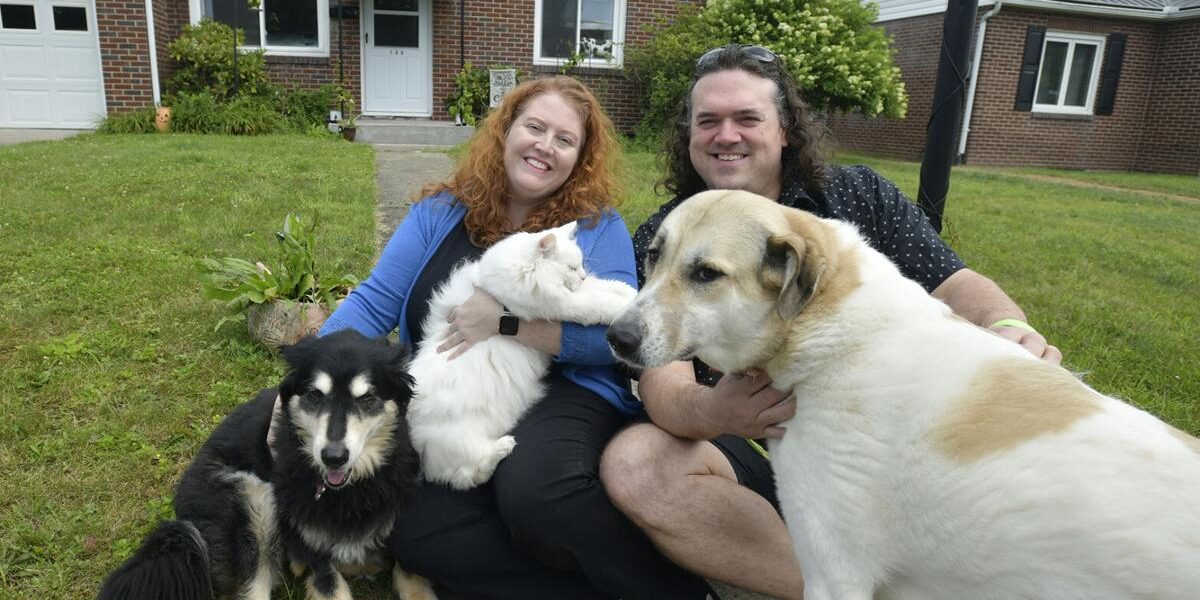 Christian Beabes, 34, moved from California to the Johnstown area in June.

Although she spent most of her adult life in California, the house she purchased in Geistown belonged to her grandfather.

She is part of a trend.

Demand for Johnstown’s housing stock has been building for a year, with Realtors seeing no signs of slowing down anytime soon. The demand continues to rise across all price ranges and neighborhoods in Johnstown, which is unprecedented, Realtor Barry Gallagher said.

“Anything anywhere is bringing activity and higher prices,” Gallagher said. “There is competitive bidding, even on houses in the city, which were typically a tough sell. Things are changing.”

The Wall Street Journal and Realtor.com ranked 300 metropolitan areas by emerging housing markets, and Johnstown rose 82 spots from No. 270 in April to No. 188 in July.

“Smaller and more rural housing markets are emerging as the hottest new places to live and own,” the Wall Street Journal reported with its rankings.

“The fact I can build my business anywhere, it made sense to move to Johnstown and have a home with land for less than the price of an apartment in Los Angeles,” she said. “I think this area is really good to raise a family in. The town has so much potential.”

Beabes’ moving expenses were defrayed by a new grant program rolled out to capitalize on Johnstown’s opportunity for drawing new residents and dollars to the area.

After people began to leave densely populated cities amid the COVID-19 pandemic last March, the Cambria Regional Chamber of Commerce and partnering agencies promoted Johnstown and all of Cambria and Somerset counties as a region for relocation, working remotely, and enjoying outdoor recreation.

Chamber President Amy Bradley said she has been surprised by the success of the Cambria-Somerset Work From Home grant program, which offered 10 families $2,500 to offset moving expenses and another $2,500 in a customized package of benefits tailored to their particular needs and interests.

Wayne Nash and Amanda Perkins are among the 10 new Johnstown households who received WFH grants.

They moved to Westmont Borough from Baltimore last month.

“I think Johnstown is an amazing area, especially for people who want to get out of hustle and bustle of the city,” Nash said.

Nash is a musician and also works remotely for Sinclair Broadcasting Group. Perkins works for Brant’s Driving School, only 10 minutes from their home on Fisk Avenue.

Their Westmont home was sought by 10 other people, so they paid above the listed price.

Martin Vrabel, a 2004 Westmont Hilltop graduate, had a similar experience closing on a home last month. He was outbid on three houses before he closed on a house in Upper Yoder Township. He paid 7% over the asking price, he said.

Through the past eight years, Vrabel has lived in Ohio, North Carolina, and most recently Pittsburgh.

As a safety manager for a manufacturing company, much of his work can be completed remotely, so he moved back to Johnstown with a WFH grant.

“I thought I would apply for this grant and see what happens,” he said. “There’s a small revitalization that’s happened in Johnstown since I moved away. There are expanded restaurant options, and the area is leaning toward becoming more about outdoor recreation.”

The 10 grant recipients are from states including Texas, New York, and Colorado. But there’s no telling how many more people have moved to the area in the past year.

The Cambria County Planning Commission is the county’s hub for U.S. Census data.

“It’s a question I’ve been trying to wrap my arms around,” Commission Executive Director Ethan Imhoff said. ”Anecdotally, I’ve heard of people coming from California and other places, but there’s no data to show the extent of that happening.”

The new 2020 census figures have yet to be released, but that data won’t encompass the latest population change amid the pandemic.

“That data was collected pre-pandemic, so you would see nothing from the last six months to a year,” Imhoff said. “To the extent that the Cambria-Johnstown market is hot, I wish we had some data.”

The change is tangible to Leah Spangler, an organizer of the volunteer group Old Westmont Neighbors.

She said she has seen new families move into homes that have long been vacant, and even people who have lived in town for years seem to be generally putting more work into their houses.

“I feel like things are looking better,” she said. “People are paying more attention to their homes. There’s a lot of time and effort being reinvested into houses.”

“A lot of companies that went to telework, and they are not switching back,” Spanko said.

She said the unusually high buyer demand is also coming from local renters who want to transition to buying a house.

“It’s an exciting time,” she said.

Gallagher, 71, has been in Johnstown’s real estate business for 22 years.

Citing Cambria-Somerset real estate records, Gallagher said Westmont has typically had 75 properties available yearly since 2009, and that number has recently been as high as 120.

“Now there are only 33 single-family houses on the market,” he said. “That shows how tight this market is.”

Johnstown’s housing boom started last May amid the COVID-19 pandemic. Realtors were wearing masks and gloves to show houses.

And the demand has only climbed since then, Gallagher said.

“People are wondering: ‘Is this going to come to an end?’” he said. “Local buyers are frustrated – I’ve had buyers put bids on five different houses and lose them all. Some have quit looking and hope will end.”

Johnstown occasionally has experienced times when Westmont Borough or Richland Township markets were hot, but this is a rare time when the entire city is hot, Gallagher said.

“I believe all this activity is going to make us more cosmopolitan,” he said. “It will bring more people and make our city more interesting.”

Community Foundation for the Alleghenies marks $100 million in assets, announces $1 million in new grants
August 12, 2021
Newsletter
Subscribe to Our Newsletter
Go to Top