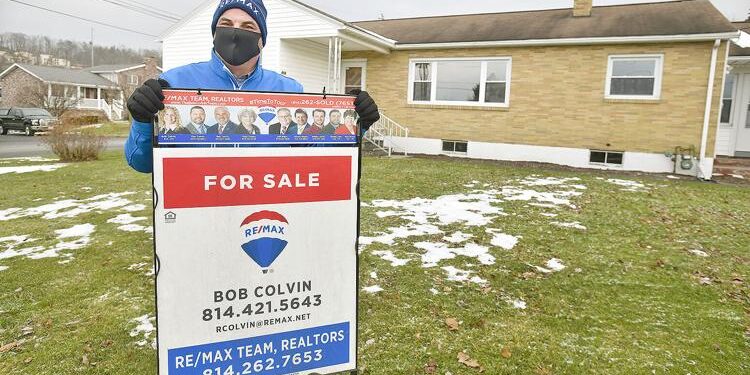 Johnstown natives who have moved away and people with friends in the area may soon notice Facebook content that promotes living in Johnstown.

Targeted Facebook ads are part of a nascent campaign to attract telecommuters to move to Johnstown, which is being promoted for its affordability and outdoorsy appeal.

The Cambria Regional Chamber of Commerce has partnered with the Community Foundation for the Alleghenies and Problem Solutions founder Mike Hruska to launch the campaign, which they named Choose Johnstown!

“People with friends or connections already in Johnstown can be targeted through social media,” CFA President and Executive Director Mike Kane said.

But the launch of a Choose Johnstown! website and social media campaign are only the beginning, he said.

“We are in the crawl phase. We haven’t started to walk yet,” Kane said.

“We are still taking further steps for building out a real, more formal plan with the methodology, goals and objectives to offer an incentive package to entice people to take a closer look at our community.”

Organizers point to the preference for working from home for some professionals, as well as a desire to move out of large cities – both of which have grown since the onset of the COVID-19 pandemic.

“This campaign builds on climate of pandemic and responses realtors are having now with people wanting to move into the community,” Kane said.

In November, 21.8% of employed persons teleworked because of the coronavirus pandemic, up from 21.2% in October, according to the U.S. Department of Labor.

The percentage of the workforce described as telecommuters or remote workers is predicted to increase. Global Workplace Analytics said that by the end of 2021, 25% to 30% will be working from home at least one or more days a week.

The demand for flexibility on where and how people work has been building for decades. Before the crisis, surveys repeatedly showed 80% of employees want to work from home at least some of the time, according to Global Workplace Analytics.

In addition to people’s recent transition to working remotely, they are choosing to live in areas with lower cost of living, safer environments for their family, closeness to family, fresher air and less stress, Cambria Regional Chamber of Commerce President Amy Bradley said.

“Add in access to a tremendous amount of first-class outdoor recreational amenities and our region rises to the top.”

‘Inquiries … on the rise’

“We have found a lot of folks coming from the larger metropolitan areas to get away from the dense populations and the high COVID counts,” Colvin said.

“We have found that to be very true in the sales and the rentals that we are doing.”

In the last 90 days, 20% of RE/MAX Team’s more than 100 closed transactions were buyers from outside the Cambria Somerset areas, Colvin said.

In addition, RE/MAX’s online leads exceeded more than 430 interested buyers in the past 90 days, and 60% have been from individuals outside the Cambria-Somerset area.

“It appears the inquiries from outside the area are on the rise,” he said.

Community Foundation for the Alleghenies marks $100 million in assets, announces $1 million in new grants
August 12, 2021
Newsletter
Subscribe to Our Newsletter
Go to Top